The Rules of Chinese Poker

Some historians argue that poker was originally born in China, and only a few centuries later he emigrated to Europe. The great emperors of China liked to play this card game, not even suspecting how popular it would become hundreds of years later.

Today, more and more people are interested in the rules of Chinese poker, as the familiar Texas Hold’em and Omaha are already a bit bored. However, learning that the game is conducted using 13 cards, many refuse to play the oldest card game.

The Rules of the Chinese Poker

From two to four people can take part in the game. The goal is to collect the best 3 combinations, consisting of 13 cards. 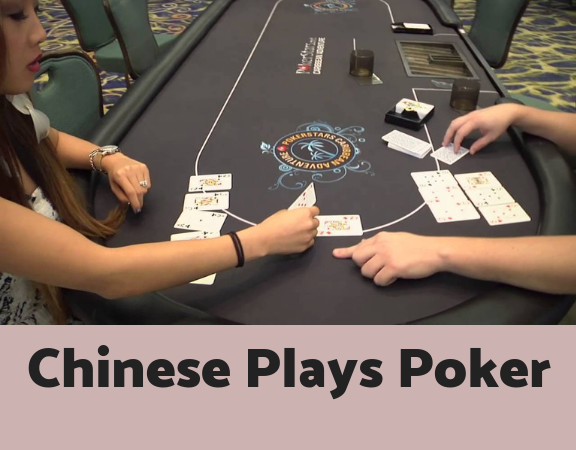 Immediately after all the players in the game have the cards, the compiled combinations are laid out on the table down. According to the rules of open Chinese poker, the first combination should be given to the player with a back combination, and then – the middle and the front. After that, players open their cards, and the scores are calculated.

In open-face Chinese poker, a player can receive a bonus game called Fantasy. The player must collect a combination of a pair of queen or higher on the upper box to be able to make a fantasy.

If this succeeds, then the player will receive all 13 cards (14-15 in varieties) in the next deal at the same time. He will be able to put them out face down. A player who makes fantasy will not show his cards down until other players finish putting out their combinations. The player may remain in fantasy for the next deal if he manages to collect one of the following:

If at the table, there is such a situation that several players have the same combinations in one set of cards, then, according to the rules of Chinese poker, no one gets scores. In this case, a draw is declared.

For the victory with all 3 available combinations, the player gets 6 points.

For the victory of 2 of the 3 combinations, the player is granted 2 points. Also in Chinese poker, scoring provides bonuses for special combinations.

The rules of Chinese poker at first glance look very difficult and even a little scary. However, immersed in the process, you will easily master and understand the principle of this exciting game, which can be played both for the game’s sake and for real money on the Internet.